California Missions Get a Security Facelift 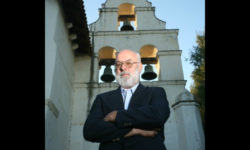 SSI Hall of Famer Larry Tracy donates his time, money as well as security products to protect the Spanish missions in California.

Offering Security as a Service

SaaS may be opening new revenue streams for security contractors to offer managed services across a wide swath of market niches, but still there are difficulties to negotiate. Find out from a group of integrators how they are overcoming challenges common to this business model.

Doubt the Cellular Revolution at Your Own Peril

The Basics of Selling IP Video

Security dealers moving into the networked video space have the additional challenge of learning a new kind of sales conversation.