SimpliSafe’s call center is facing backlash from employees after poorly handling a bedbug infestation in its offices.

BOSTON — Tempers are flaring at DIY security company Simplisafe’s call  center as employees have become angry over a bedbug infestation, as well as the way the company has handled it.

The Boston Globe reports that three employees have been suspended with pay after chanting “No bedbugs, no [expletive]!” in the middle of the office.

One of the suspended employees, Abraham Zamcheck, was arrested on disorderly conduct charges after he stood on his desk to lead the chants.

“Recently, a small number of bed bugs were found in a few isolated areas of our call center,” said SimpliSafe in a statement. “We worked with a licensed pest-control agency to treat and remove them after work hours, keeping our employees’ health and safety as a priority at all times.”

SimpliSafe says managers held team meetings to make sure workers were aware of the treatments and that the pest control treated the office after employees left for the day.

However, employees state that the office was sprayed during working hours and said they were told the treatments were meant to address “a rodent issue.”

The suspended colleagues say there is a sense of fear in SimpliSafe’s work culture.

After number of employees suffered bug bites, a petition circulated that demanded an apology from management and a pledge for more open conversation going forward.

It read, “It has come to our attention that there is a bedbug infestation in the office and that management and HR have known about this for some time.”

Only 35 people signed the petition, with workers saying they feared the consequences if they did.

Suspended employee Lauren Galloway says the bug problem was a “tipping point” that caused suppressed grievances to boil over. The three workers said many of their colleagues are unhappy with various aspects of the work culture, but are afraid to voice their concerns. 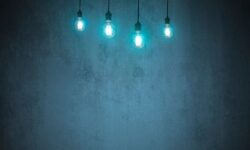 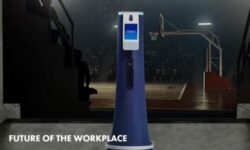