The security industry aims to strengthen safeguards in the Telecommunications Act of 1996, enshrined in section 275, to buttress against potential anti-competitive practices. 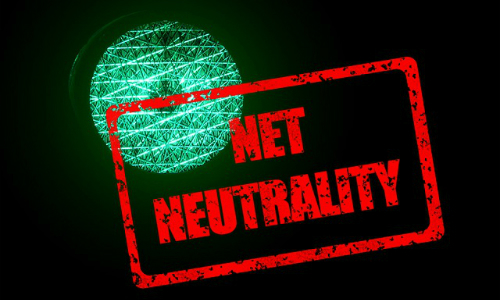 WASHINGTON, D.C. — The alarm industry’s hard-won lobbying efforts to include anti-competitive protection from former Bell companies in the Telecommunication Act of 1996 is now considered central to fending off potential threats by Internet service providers (ISPs) following the repeal of net neutrality regulations.

The sweeping Telecom Act, which deregulated the telephone industry, included key alarm monitoring service safeguards in section 275 — the only section in the Act written for a specific industry. A main dictate required local exchange carriers that offered alarm monitoring services to provide non-affiliated companies the same network services it provided for their own monitoring operations.

Other key requirements in the section included rules that prevented carriers from subsidizing their alarm monitoring; prohibited carriers from using the alarm industry’s data; and directed the FCC to establish an expedited procedure for receipt and review of a complaint.

The Alarm Industry Communications Committee (AICC), led by its chairman Lou Fiore, has long coordinated industry interaction with Congress and the FCC on such issues.

“We have been advocating currently that section 275 still would be relevant; however, we wanted it to affect the ISPs, not the old Bell operating companies. We wanted to modernize the language,” Fiore tells SSI. “In affect, the FCC sort of listened. They did not repeal 275. It is still in affect although it is muted by the fact it is referring to companies that really don’t exist any longer.”

With its net neutrality repeal on Dec. 14, the FCC wiped out a set of regulations passed in 2015 that prohibited broadband companies from blocking websites, slowing connection speeds or speeding up content for businesses that pay for faster delivery to customers.

To enforce the rules, the then Democratic-led FCC classified broadband similar to more highly regulated utilities — such as landline phones and electricity — under Title II of the Communications Act of 1934. The rules change was a welcome development for the security industry, which maintains that net neutrality is needed to protect current and future video services offered over the Internet.

In the wake of the repeal, security industry stakeholders, like other net neutrality advocates, are leery of ISPs eventually introducing paid prioritization — the concept that a telecommunications company could charge an additional fee to transport certain forms of content at a higher speed through its network.

Related: How to Utilize Security Apps to Optimize RMR

Broadband firms such as AT&T, Charter Communications and Comcast, among other ISPs, have said they have no plans to offer paid prioritization, although some have reportedly laid the groundwork for it in recent months. For years, Comcast’s net neutrality web page stated the company would not prioritize Internet traffic. However, that declaration disappeared the day the FCC unveiled its intent to repeal net neutrality rules, according to multiple news reports.

Comcast, however, did post on Dec. 13 a strongly-worded affirmation of its commitment to an open Internet and net neutrality on its corporate website.

“We have repeatedly stated, and reiterate today, that we do not and will not block, throttle, or discriminate against lawful content,” the statement reads. “These fundamental tenets of net neutrality are also key components of our core network and business practices — they govern how we run our Internet business.”

So, is section 275 alone the industry’s proverbial silver bullet to stave off unfair discrimination in the marketplace? No, but it does provide grist for the eventual cannon fodder the industry could ultimately go to battle with against an ISP that brings anti-competitive practices to the channel.

In fact, the industry is fortunate the net neutrality repeal didn’t kill section 275 altogether. Despite pleas by AT&T and other providers to eliminate the rules, those protections for the alarm industry remain intact.

“There are some areas where we are going to want a legislative fix to strengthen and shore up section 275, but we really dodged a bullet because AT&T asked the FCC to forbear from all of Title II regulation,” says Ben Dickens, an AICC attorney. “It could have meant that section 275 would have been wiped off the books. And then we would be like anybody else out there without any protection against predatory behavior.”

Various net neutrality proponents across the nation are preparing to sue the FCC to preserve the new rules. AICC is studying its options to possibly become involved in some form of litigation, Dickens says.

“There are some groups like AARP and Consumers Union that may appeal the FCC’s order to the U.S. Court of Appeals in D.C. We’ll see what they do and how they intend to do it, and we may join the appeal,” he says.

Dickens explains that initially 2018 was not going to be a legislative year for telecomm issues to be deliberated in Congress. That all changed with the FCC repeal. Now some Democrats are pushing legislation that would prevent the new rules from going into effect. This development opens the door for AICC to lobby Congress anew and seek amendments to nondiscrimination safeguards in section 275 that extend to ISPs.

“I would have preferred the FCC kept net neutrality, but now that it has swept it off the books we still have an important weapon in section 275 to fight discrimination,” Dickens says, “and we also have a very good lobbyist.”