Most people recognize the name Grand Master Flash and the Furious Five as a hip-hop music group of some notoriety, but casual observers would probably assume Flash to be the lead rapper.

He was actually the D.J. technician behind the scenes innovatively mixing sounds and beats for the Furious Five’s verbal assault. But so vital was he to their style that his name received top billing.

Similarly, the security industry is full of driven, skilled and accomplished individuals who have leveraged electronics for a greater good and, while they may in fact have the gift of gab, generally let their actions do the talking.

The very best of this group often find their way into the SSI Industry Hall of Fame — much like that certain mixmaster earned passage into the Rock and Roll Hall of Fame. The analogous comparisons don’t end there.

What made Grand Master Flash (Joseph Saddler) so unique was his encyclopedia-like knowledge of records and ability to combine a wide spectrum of songs while creatively manipulating them on turntables to essentially invent new music.

That type of vision, ambition and ability to pull together seemingly disparate elements into a cohesive whole or render something altogether new aggregates virtues that serve people well in any walk of life and by extension are often found among those who are elected to the Industry Hall of Fame.

That is where the comparisons end, however, as the praiseworthiness of the security distinction cannot be overstated. Typically, the “hall of fame” designation conjures thoughts of those who shined on athletic fields or performance stages — such as the R&R Hall.

Not to besmirch those endeavors and establishments or diminish the achievements of those so honored, but let’s be perfectly clear — it’s not life and death. The SSI Industry Hall of Fame, on the other hand, salutes those whose work is associated with life-and-death consequences.

Everyone serving in the security/life-safety industry plays a part in the grand design to protect people, property and assets. SSI’s Hall hails those who have contributed most significantly to this overriding mission. Another diverse batch of professionals has been selected for this year’s honor roll.

Included in the Class of 2019 is a sales and business management expert who tirelessly shares best practices throughout the security channel; a jack of all alarm trades who led and championed trade associations and training; the late founder of the profession’s most prominent integrator organization as well as his own first-rate firm; a financial wizard who built one of the industry’s top independent security companies while also giving back to the industry and community; and a manufacturing executive who swam against the tide as one of the first to promote IP- and Cloud-based access control.

The latest Hall of Fame enshrinees in alphabetical order are: Paul Boucherle, currently principal of Matterhorn Consulting; Alan Glasser, presently executive director of the Metropolitan Burglar and Fire Alarm Association of New York; Paul Marcus, founder of the PSA Security Network and Securus; Richard Sampson, founder and currently chairman of American Alarm and Communications; and Steve Van Till, president and CEO of Brivo. 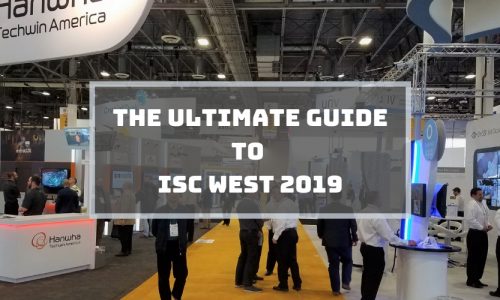 Founded in 2004 to represent the highest accolade for going above and beyond in professionalism, conduct and achievement, the SSI Industry Hall of Fame is now populated by more than 100 members (see the full list here).

They are nominated by a selection committee that is presently made up of Hall of Famers Bill Bozeman, Alan Forman, Ken Kirschenbaum and Ralph Sevinor. Another Hall member, Ron Davis, advises to the group and for many years presided over the official induction ceremony.

This year, the event takes place April 9, on the eve of ISC West, during the SAMMY Awards at the Sands Convention Center in Las Vegas. And now, cue the drumroll — or turntable scratching — to sample the stories surrounding each of the Hall’s Class of 2019 inductees. 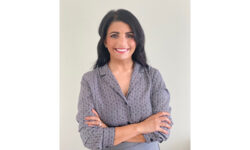