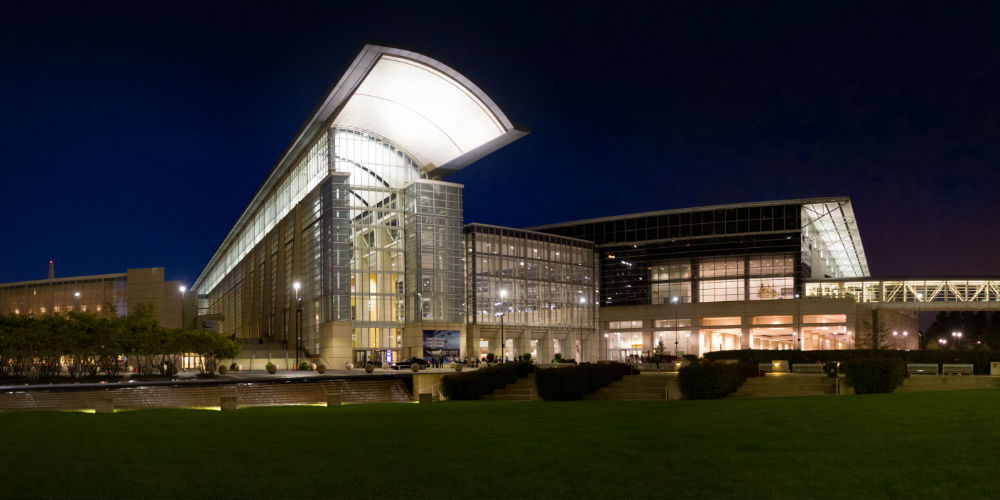 Anyone who has attended this month’s Global Security Expo (GSX, formerly ASIS Expo) or especially spring-time’s ISC West can attest to the borderline chaos associated with such massive tradeshows.

Now imagine being in charge of security for such a vast and hectic event — now magnify that some tenfold. That is the daunting task of Security Systems Manager Frank Solano and Access Control Coordinator Brett Zelnio, key figures responsible for overseeing the security of North America’s largest convention center and orchestrators of Chicago’s McCormick Place new video surveillance and access control upgrade. Coincidentally that also happens to be where next year’s GSX will touch down.

Just how large is McCormick Place? Drawing some 3 million visitors each year, the campus consists of four state-of-the-art buildings and is interconnected via pedestrian promenades and sky bridges with the new adjacent 10,000-seat Wintrust Arena and two huge four-star hotels.

The grounds also include retail shops, restaurants, a park and more. Here are some statistics pulled from McCormick Place’s website:

Owned by the Metropolitan Pier and Exposition Authority (MPEA), a municipal corporation, clearly McCormick Place is a world unto itself.

Although sufficient for its time, it became increasingly apparent through the years and as the complex continued to expand that the viability of McCormick Place’s security systems had run their course and an overhaul was necessary. 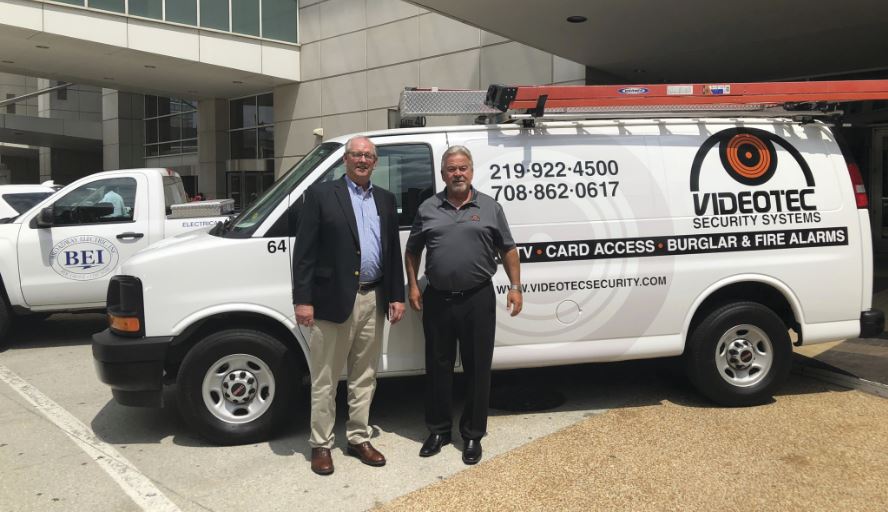 Having studied and assessed today’s advanced security products, Solano and Zelnio sought a solution that would enable them to streamline, integrate, scale and customize video, access and other systems in such a manner to not only optimize security and safety but also add significant operational efficiencies.

The latter point would enable McCormick Place management to make the best use of its 400 employees. From a business standpoint, the upgrade would also satisfy customers’ inquiries and expectations that such a high-profile facility offers state-of-the-art security.

The enormous MPEA-funded project took more than a year to complete (and continues to some extent in an ongoing capacity). As the story unfolds, what’s revealed are the numerous challenges presented by the building structures and architecture, as well as an intense scheduling regimen and the imperative of working around exhibitions that are often booked years ahead.

After being greenlit in 2015, a request for proposals (RFP) was distributed. Among those throwing its hat into the ring to win the job was local integrator Videotec of Highland, Ind., a Chicago suburb. The company, which was founded in 1973, had learned of the RFP through the project’s electrical contractor, Broadway Electric Inc. (BEI).

The specification called for fully implementing a Genetec Security Center system with both video and access control integrations, including dynamic software controls that would require additional programming expertise for up to 4,000 custom macros. 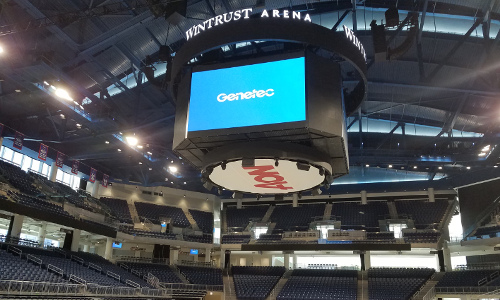 “We also pride ourselves on our software capabilities for implementing total security management solutions, heightened real-time awareness, and remote-service capabilities,” says Videotec President Buddy Lee, who along with CEO Dave Runnells bought the company from its founder in 2001.

“But most of all, we are proud of our long-term relationships with satisfied end users. We consider our end users partners rather than customers.”

Through its more than four decades, Videotec had established an impressive track record of delivering complex solutions to commercial and industrial clientele in and around Chicago, a city that has some of the nation’s most stringent electrical and life-safety codes.

In the end, its experience, expertise, value and client-centric culture made a convincing case and landed Videotec as the McCormick Place security integrator of choice. A substantial amount of groundwork would be laid prior to the firm’s boots arriving on the ground, however.

MPEA hired consultant company Dynamix and in concert with BEI and Solano and Zelnio generated the project’s design and prints. That set the stage for Videotec to begin the installation in January 2017. It would take 17 months to complete. 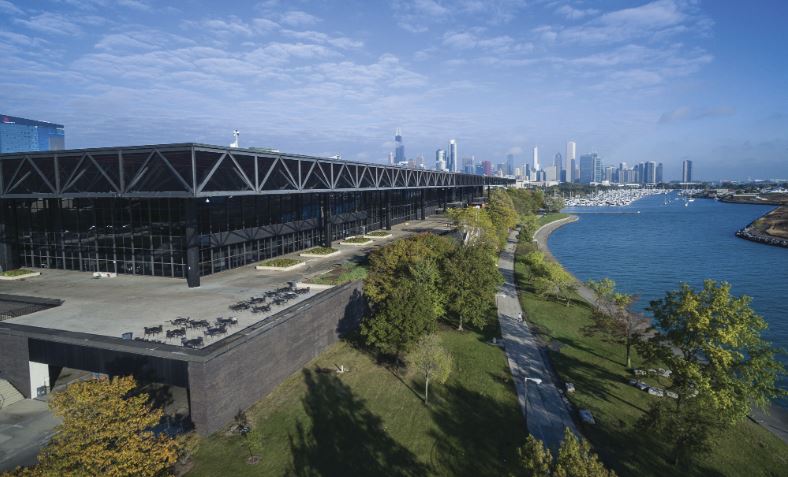 Chicago’s McCormick Place, erected in 1960 and expanded four times since, is North America’s largest convention center with almost 2.7 million square feet of exhibit space. Above is the Lakeside Center and Arie Crown Theater.

McCormick Place’s stakeholders had very specific initial expectations that were somewhat modified as the project progressed. There were numerous discovery meetings involving MPEA and Videotec as well as other hired trades to discuss the project’s details and complexities.

Given the exacting design elements, scope and fluid environment, the collaboration and coordination of all parties had to be exceedingly tight and precise. Part of that was also building into the plan allowances for unexpected obstacles or unforeseen wrinkles that invariably crop up in projects of this magnitude.

“We attended weekly meetings held by the MPEA for various agenda items with one of the most important being timelines and coordination,” says Lee. “Scheduling was a challenge due to areas having been previously committed for customer use. It was a must for us to coordinate with all trades and the McCormick Place staff to ensure we would be able to turn over an area and have our work completed by each deadline.” 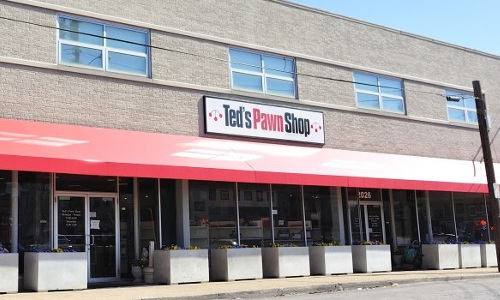 Related: How This Pawn Shop Is Using Video Verification to Reduce False Alarms

Also playing a crucial role in helping the integrator and end user achieve their goals was the lead vendor, Genetec. The city of Chicago has standardized on the high-tech security specialist’s platform for municipal facilities and the Office of Emergency Management Center.

“Genetec’s people are very good listeners, always looking for that feedback and what they can do to make things happen the way you would want them to. That is unusual and something special,” says Zelnio.

Genetec’s Security Center 5.5 software with Omnicast VMS and Synergis access control was selected to serve as the platform or brains of McCormick Place’s new system.

Among many things, its rich feature set would allow emergency command center (EOC) security personnel to electronically control all doors and entryways but also link camera feeds to them for verification; store, retrieve and share video recordings through the Cloud and via Genetec’s Clearance product; display and utilize map overlays to enhance visualization and usability of all system devices; and permit augmentation of thousands of macros making the solution unlike any other in the world.

Keep reading for specific aspects of the systems, equipment and more…