The Security Integrator’s Guide to Profiting From Cloud Services

Cloud-based video recording, retrieval and storage solutions are leading the charge for cultivating video surveillance as a service (VSaaS) offerings and profits. Discover current capabilities and demand, and pick up operational, marketing and sales tips. 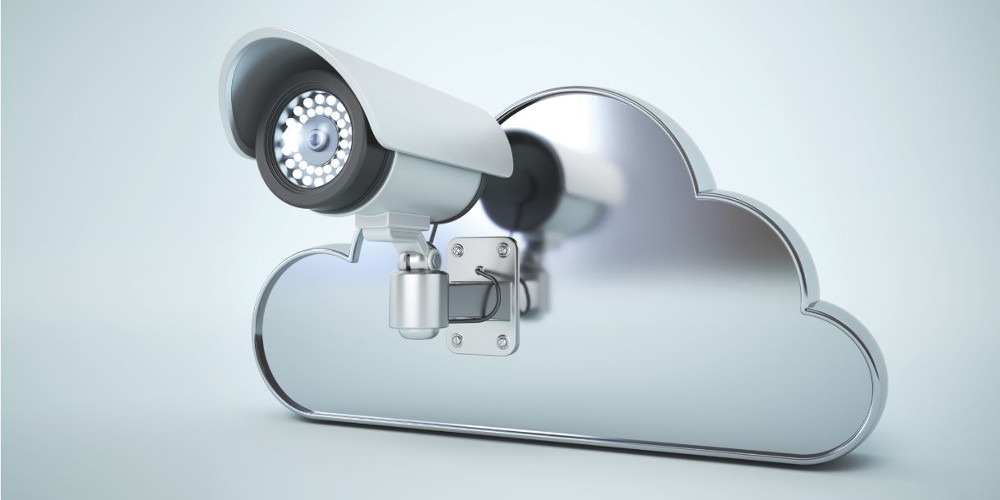 Video surveillance continues to be one of the most popular and effective ways to prevent burglaries, robberies and other crimes of opportunity. The bonus comes when these systems document a criminal in the act of an illegal action.

These statistics give a clear indication how video surveillance is trending and that system integrators and Cloud-based VSaaS (video surveillance as a service) providers are at the forefront of a proverbial tidal wave of business.

The deployment of more cameras more quickly and easily than ever before in addition to the advent of HD (high definition) and 4K video imaging technologies, in conjunction with IP and HDcctv technologies, have helped to set the standard for the industry on the performance side.

On the other hand, VSaaS itself is setting the standard in the area of RMR (recurring monthly revenue). This is because of the exceedingly high, long-term learning potential associated with the technology.

Through Cloud-based computer centers, integrators and their clients can instantly scale the services they receive to suit current and future needs. In fact, the whole process of renting and using server space has taken on a new approach altogether using a subscription-based business model. 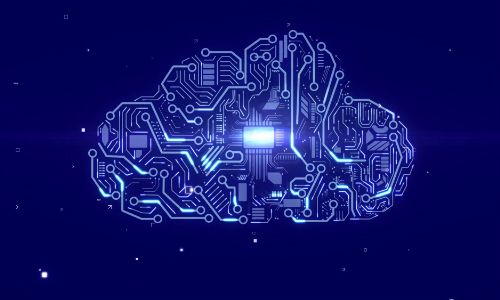 Before we continue, let’s be perfectly clear that not everything that operates through the Internet is considered ‘in the Cloud.’ In order to be a Cloud-based service, the computer center must provide a dashboard online from which the integrator can elect to add or remove services, capabilities, additional memory, processing power and an assortment of other features on a moment’s notice.

A bona fide Cloud service is equipped to prorate these services and capabilities based on actual use over a specific period of time.

Making Sense of ‘The Cloud’

VSaaS isn’t new by any stretch, but like most security technologies, it has undergone fundamental changes since its inception that has made it more flexible and responsive to the needs of both professional security integrators and their clients.

Most of the changes now underway are due to pressures applied to the security industry by governments, corporations, and others due to recent terrorist acts as well as domestic violence within the United States.

Much of the improvements made in VSaaS technology involve the advent of IP and video analytics. According to Transparency Market Research Report, “On the basis of type, the video surveillance and VSaaS market is bifurcated into analog and IP-based systems. Of these, IP-based surveillance systems have rapidly gained the larger share in the market due to their inherent advantages of quality, scalability, better resolution, and built-in analytics engines, as compared to analog video surveillance. Considering these, the IP-based surveillance systems segment will rise at a CAGR of 20.8% between 2017 and 2025.”

Besides the use of network technology, there’s also the matter of deep learning (a.k.a artificial intelligence, or AI). AI tech has become more important in recent years and it’s been included in several VSaaS offerings.

So now we see video analytics playing a significant part in managed services as well as traditional site monitoring. One example of this is the ability to detect and report device health issues to the integrator and possibly the end user. Examples include IP cameras, NVRs and other network equipment. 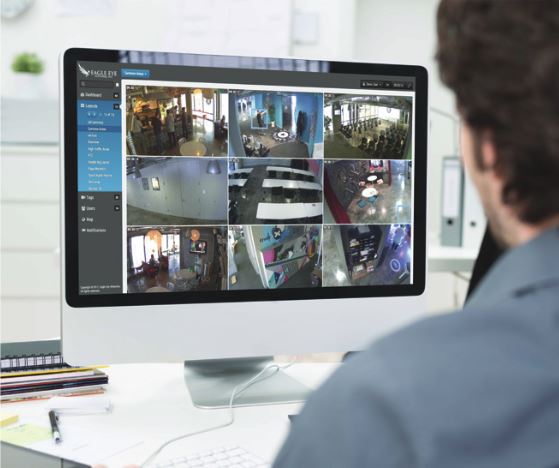 Cloud-based surveillance services can include offsite video recording of event-triggered images, clips and info stored and then pushed to the end user through a PC or mobile device. (Image credit: Eagle Eye Networks)

“The way systems are now, you set in your own email address and the system will send you an email that says, ‘Camera No. 5 has a loss of network or video or whatever,’” says Shannon Graham, owner of Integrative Concepts in Bowersville, Ga. “These are the kinds of things I have to deal with. I have two aspects I’m looking at when I get a camera failure: 1) lazy people who won’t clean their camera lenses, 2) something has covered the camera lens up, or someone spray painted over it. The latter is not a matter of analytics but rather it’s something you have to go take a look at. Camera health is done in the VMS of the NVR.”

The great thing about today’s VSaaS is that it allows technicians, like Graham, to see what they’re dealing with before they leave the shop. In the case of a dirty lens, Graham will now give the client a call, offering them a chance to clean it themselves, explaining that cleaning a dirty lens is not part of the maintenance contract they have.

“As an industry, more Cloud-based VSaaS offerings have been adding analytics to its offering due to the dramatic cost savings and ease to the end user. An end user can test a true Cloud system’s analytics remotely and turn on or turn off subscriptions, by camera, at will. As a result, analytics are expected to expand in terms of sophistication and complexity. Artificial intelligence and objection recognition are coming quickly,” says Ken Francis, president of Eagle Eye Networks.

Everyone knows artificial intelligence as a buzz phrase but are we truly aware of the enormous analytical capabilities that accompany it when applied to VSaaS?

What makes AI appealing to the engineers who design and build these products is its ability to deal with enormous amounts of data in an effective, rapid manner.

AI is an inevitable commodity that must be incorporated at every level in order to deal with the Big Data opportunities that exist throughout society, especially in the area of facility, even enterprise-level security.

According to Francis, the end user or the integrator can turn the AI on and off on specific cameras at will. This is a real benefit to the end user who wants to only run analytics for a short period of time, perhaps because of budgeting concerns. By toggling on and off, the end user pays only for the prorated period that they actually use the AI service.

According to Francis, this is why some onsite systems are more expensive to operate; they don’t give end users the option of turning these features on and off as needed. Examples of applications where analytics can assist the customer include line crossing, object counting, loitering, intrusions and many more.

Additional examples of potential deep learning services via VSaaS are evidenced in the following comment by Avigilon’s Ryan. It also testifies to the simplicity associated with using video analytics in a VSaaS setting.

“Avigilon self-learning video analytics require no manual calibration and is designed to work straight out of the box and adapt to the environment over time to provide ongoing accurate detection,” he says. “Users can configure and schedule analytics rules per camera to detect the movement of people and vehicles including entering, leaving, or loitering in a user defined area.”

Related: How to Reap RMR From the Cloud

Today’s Cloud-based VSaaS services come in a variety of flavors, one being geared to the addition of facility control. This specific type of Cloud-based service provides traditional offsite video recording of event-triggered images, clips, and information stored and then pushed to the central monitoring station (CMS) and the end user through their personal smartphone or tablet.

Originally, remote video services, either Cloud or traditional Internet, were strictly capable of recording video offsite, giving the CMS access to it for alarm verification purposes. The ability to push video and data to the client’s smartphone came later as a service, and it’s still an extremely important one at that.

Today, offsite video is still an option as is pushing information to the client from the Cloud along with myriad other features, including facility control such as lighting, heating and cooling, gate control, access control, and more.

“Typically the category we’re talking about here is residential and light commercial and consists of video cameras that provide the customer with 24/7 look-in capability and also have the ability to send triggered video clips to the client on predetermined events, which is what NAPCO’s iBridge does,” says Tom Karl, V.P. of business development with NAPCO. “Those events can be related to a security system occurrence, such as arming, disarming, alarming, lack of activity, unlocking, locking a door lock, and virtually any other event associated with alarm systems that would result with sending a client an image showing what just happened.”

Mark Kravjansky, owner of Toronto’s Sight and Sound Automation, adds, “With typical alarm systems, the installer programs the central station and account info into the panel, which directly communicates with the central. When we add an alarm provider like SecureNet or Alarm.com, they communicate with the panel taking all info from the alarm contacts, cameras, thermostat, etc. to their servers and it’s made accessible via a mobile app.”

Read on to learn how to address bandwidth and cybersecurity issues… 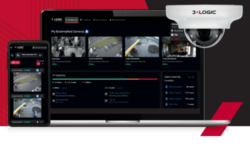