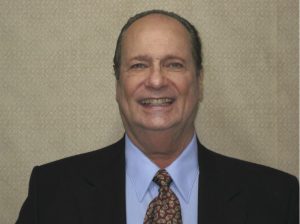 “I would like to thank the three burglars who made three burglary attempts on my home in 1965 while I was a senior at Lafayette High School in Brooklyn, the third time while I was there doing my homework! My father called an alarm company and he, the salesman and I met in the kitchen. ‘Louis, this is how much it will cost to put it in and this is how much per month,’ said the salesman. ‘Dad, let’s go to the living room and talk about this. I know electronics, I can find the parts and put it in myself,’ I said. My father accepted my offer and I successfully installed the system.

“A year later after high school, I went to work for the New York Telephone Co. in Manhattan. Based on my mom telling a general contractor I had installed that initial system, he approached me with a conversation that went something like this … Him: ‘I have a customer who wants a burglar alarm, do you want to do it?’ Me: ‘I work for the telephone company, I don’t do burglar alarms.’ Him: ‘I don’t know anyone else.’ Me: ‘I don’t do burglar alarms.’ Him: ‘You can make money.’ Well that did it! Yes was my answer. Two years later I quit the phone company and I never looked back.”

“Give back! In the beginning I knew nothing. I attended classes. I attended seminars. I joined the local alarm association. I worked for other alarm companies. I learned a trade. I learned a business. I learned how to become successful. I learned how to make money. But the laws of physics dictate that there must be an exchange of energy. You cannot just keep taking in. You have to give something back. So I give back as much as I can from what I have learned and experienced.

“From early on I was interested in electronics and money, and combined with the three attempted burglaries on my home, it was clear electronic security was my destiny. I never had any challenges and/or adversities. Just forged ahead and never looked back. Maybe it was just luck; maybe it was just tenacity.”

One Thing Leads to Another

“I took my knowledge and began writing articles for the industry, and eventually wrote for just about every security magazine. That led to seminars that I have given at ISC East and alarm association meetings throughout the country. I was one of the first instructors to teach NBFAA’s National Training School Level 1 course in New York State. I developed the nation’s first security installation course at New York City College of Technology. I also teach courses that help many companies and individuals become licensed to practice their trade in New York State.”

Continue to the next page for a profile of Paul Marcus…