Buckeye Protective Services acquisition will allow Dynamark to expand its central station footprint and offer its national base of dealers and partners a redundant facility.

ACRE says the sale is a strategic move that allows the company to focus on its core access control, video and intrusion businesses under the Vanderbilt and ComNet brands.

The ever-acquisitive Convergint Technologies says a key trait shared between it and ISSD is uncompromising customer service.

SMS picks up nearly 1,000 accounts in the deal and will maintain the Lint Security brand in Gainesville, Ga., with an eye for further expansion. 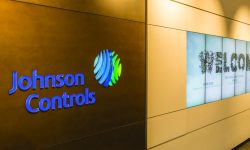 SSI gives the industry its first in-depth look into the Johnson Controls-Tyco merger and what it means for both the supplier and installer channel sectors.

Blackstone is reportedly in talks with investment banks about conducting a dual-track sale process for smart home technology leader Vivint.

The purchase of the North Carolina-based company marks ADS Security’s third acquisition of 2017.

Robotic Assistance Devices Acquired by On the Move Systems

The acquisition will give RAD, a North American distributor for SMP Robotics, access to capital to expand its robots-as-a-service rental program.