Other top surveillance videos include a vehicle cartwheeling through the air before catching on fire, a security guard detaining a man armed with an assault rifle and more. 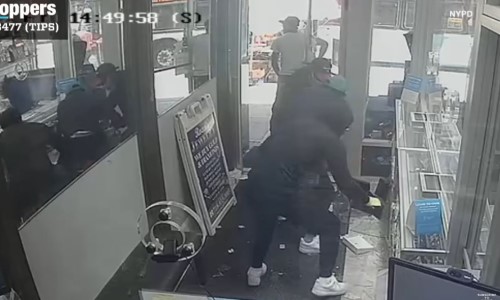 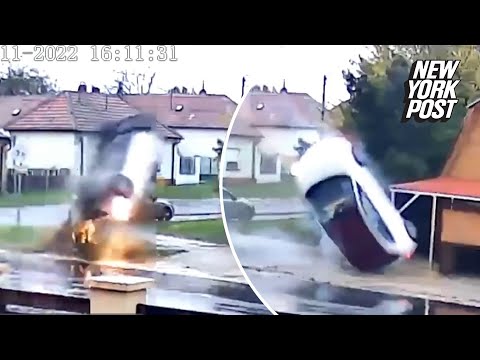 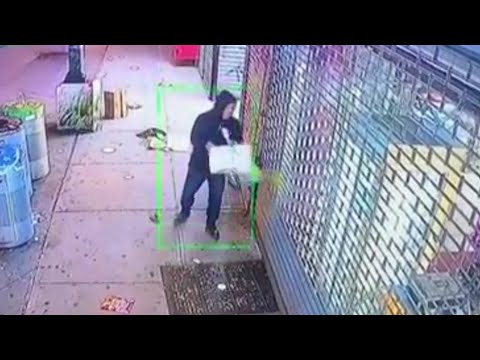 You know what they say, diamonds are a thief’s best friend. Wait, is that not right? It sure seems that way with the amount of smash and grabs we’ve seen caught on surveillance video over the years.

The latest high-value theft occurred at a jewelry store in the Bronx. Surveillance footage shows a man buzz the entrance of Rocco’s Jewelry. He is let in but holds the door open for his three accomplices who are wielding hammers and mallets.

They begin smashing display cases and in less than a minute, make off with more than $2 million in jewelry.

Security guards often have a thankless job, however, they are integral in securing high-value or potentially dangerous areas. Just look in Buffalo, N.Y. where one guard saved multiple lives.

Surveillance video shows a man walk into a methadone clinic armed with an assault riffle. He fires a shot into the wall and that’s when security guard Reynaldo Beckford jumps into action.

Beckford grabs the rifle and shoves the man against the wall. He is eventually able to pull the suspect out of the building and that’s when several other guards and employees join to detain the suspect on the sidewalk until police could arrive.

Make sure to check out the rest of this week’s top surveillance videos, which include an arson at a restaurant, a brazen shootout and more.