Other top surveillance videos of the week include a suspect lighting a furniture store on fire, thieves stealing $70K worth of off-road vehicles and more. 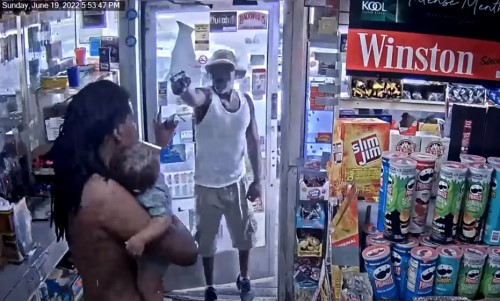 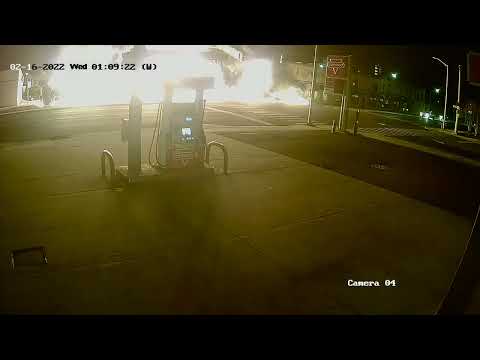 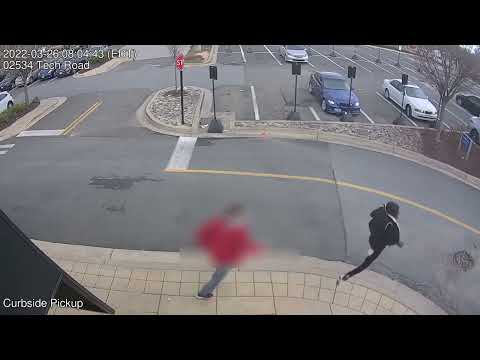 The last thing a parent wants to do is let their child or children be involved in a situation with a gun. While the man in this week’s featured video couldn’t avoid that situation, he did the next best thing and saved his child.

Surveillance video from Detroit shows a silver SUV pull up to the store of a gas station. A man then exits the vehicle holding a gun.

Video footage from inside shows the suspect open the door and pull a gun and clip out of his waistband. He then points it at a man holding his 7-month-old.

The dad quickly swats the gun away and moves to the back of the store. Lucky for him, the gun appears to be jammed and the suspect leaves.

Surveillance video caught the moment a group of thieves broke into a Florida man’s backyard and stole $70,000 worth of ATVs and dirt bikes.

The footage shows the thieves cut the lock off a gate before rummaging through the off-road vehicles. They would make off with them over the course of two hours in the middle of the night.

Make sure to check out the rest of this week’s top surveillance videos, which include a gas tanker crashing and exploding, a slithering criminal and more.