Other top surveillance videos of the week include a porch pirate’s wardrobe malfunction, high-end meat thefts and more.

May 28, 2021 Steve Karantzoulidis Jump to Comments 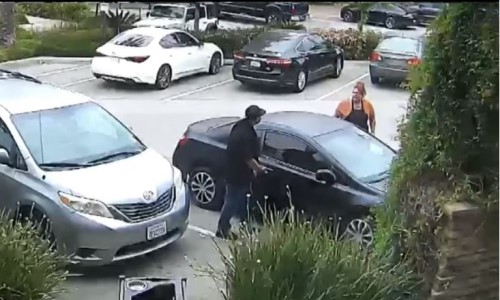 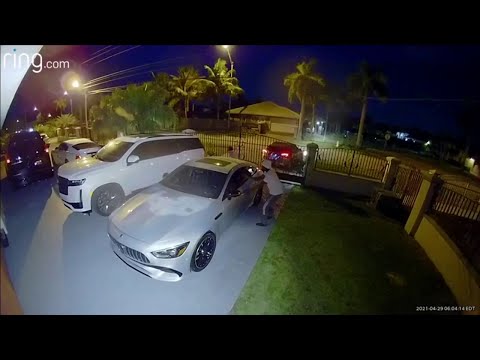 There few material things people have a bigger connection with than their car. Whether it’s the latest luxury SUV or an old jalopy, there’s nothing like a bond between a car and its owner.

Take for instance this woman in California and her $500 Honda Civic. Surveillance video shows the woman leave the barbershop she works at and head to her car to get her cigarettes. You can then see her talking to someone inside her car.

The man was able to get in because the window does not go up. When asked why he was in the car, the suspect claimed to be in the wrong one. After going back and forth, the car’s owner throws a punch to his head.

The suspect then struggles to escape out the passenger side. Once he’s outside, the owner is ready to fight. Instead, he runs away. As he fled, he dropped a shaved key, which is a modified key designed to work in multiple ignitions.

Earlier this year, an Australian supermarket was struck by a rash of high-end meat thefts. Multiple incidents were caught on video of suspects stealing a variety of meats, which have gone up in price due to COVID.

Make sure to check out the rest of this week’s top surveillance videos, which include an attempted theft by a wild turkey, a high-speed truck crash and more. 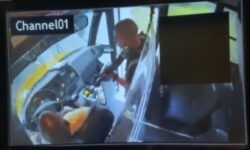 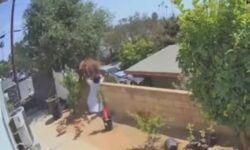 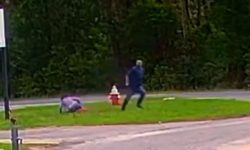