MONI CEO Jeff Gardner said the company's efforts to rebrand under Brinks Home Security will be launched in Q2.

DALLAS — We learned Monday that MONI Smart Security will be remade into Brinks Home Security in an effort to  supercharge the company’s brand awareness in a sector increasingly populated by blue chip marketers.

The announcement came as a huge surprise to most industry stakeholders, considering the company rebranded from Monitronics to MONI less than two years ago. Yet cutting a licensing agreement to assume the iconic Brinks moniker could have happened much sooner had some executives at MONI, a subsidiary of Ascent Capital Group (Nasdaq: ASCMA), had their druthers.

Jeff Gardner, MONI’s president and CEO, told me Tuesday the deal with Brinks was consummated during the past few months, but had actually been deliberated long before an agreement was ever sealed.

“We have been thinking about it for years; even before I arrived at Monitronics [in September 2015],” he said. “The first time we looked at rebranding the company that was the thought we had. We weren’t able to come to terms; it wasn’t an option for us at that time.”

MONI remained in communication with Brinks. Talks would eventually begin to heat up again when The Brink’s Co. (NYSE: BCO) board of directors appointed Douglas Pertz as president and CEO. Pertz proved enthusiastic to MONI’s overtures.

“We got together and we thought it was still a great thing to do for us, even though we branded to MONI,” Gardner said. “The way we worked out this deal is good for Brink’s because they are monetizing a brand that is still very valuable. We structured the deal in a way that we both benefit from the new Brink’s Home Security company growing faster. It is very incentive based.”

Long a mainstay in the residential market, Brink’s spun-off its home security division in 2008, relaunching it a year later as Broadview Security. In 2010, Broadview was acquired by Tyco Int’l for $2 billion and merged with ADT. That’s a long time — almost nine years — for a brand to be dormant in a specific market niche. But Gardner and his associates have done their homework to assure consumer familiarity with Brinks remains high to this day in the home security market.

Working with an advertising agency, Gardner said MONI conducted extensive research on the Brinks brand. The company also received brand awareness analysis from Brinks, which in turn was confirmed by their internal research. This due diligence of sorts brought into focus other attributes beyond brand recognition that play well in the marketplace.

With the venerable ADT holding sway at No. 1, Brinks remains solidly the second most familiar brand in the industry, Gardner said. Despite making progress as of late in building the MONI brand nationally, market headwinds were becoming especially challenging with the entrance of Google, Apple, among others, not the least of which Amazon with its purchase of Ring.

Related: From Monitronics to MONI: Inside a 10-Month Rebranding Campaign

For Gardner, the rebranding was a very simple proposition: the company can grow faster over the next 10 years as Brinks Home Security than it can going to market as MONI.

“We will be a clear No. 2. To get MONI up to those levels would take tens of millions of dollars and many years,” he said. “What really convinced me — and I brought this to the board — was there are a lot of big brands getting in to our space. This business is getting to be very brand centric where it never had been as much.”

Brinks’ history as a provider of “trust, safety and security” — as Pertz stated in the licensing agreement announcement — spans more than 150 years. An impressive pedigree, sure, but that counts little if brand consideration doesn’t register with consumers — say, those from younger generations.

I asked Gardner if there was any concern that a portion of their target demographics may simply not have encountered Brinks in the span of time the brand has been absent from the home security market. Out of sight, out of mind? Not so much.

MONI tested the brand across the segments it believes are going to be the fastest growing. The company refers to two segments in particular as “trendy techies” and “savvy suburbs.” The brand played well with both groups. Gardner said it’s quite possible persons within these two groups didn’t own homes at the time Brinks was present in the residential market, but their presence elsewhere remains pervasive.

“There are thousands of trucks; they are the largest provider of armored car services across the world. That visibility and the close association of that with protecting property and peace of mind, I think, is what carries the day,” he commented. “If you ask 100 people, 80 to 85 of them are going to be very familiar with Brink’s. That cut across all demographic groups.”

On Monday, Gardner hosted a conference call with MONI authorized dealers, along with investors, to officially inform them of the new licensing agreement. More details about the forthcoming Brink’s Authorized Dealer Program will be shared next week when MONI dealers convene for their annual conference.

During the conference call, dealers — Gardner described them as “very stoked about this new potential” — mostly wanted to know how the licensing agreement would affect their current terms.

“There was some concern that we were spending all this money on this new brand and if we were going to ask them to reduce their multiples, which we are not doing,” he said. “They want to know exactly what our program will look like in terms of what our offering will be. It is a little bit early to answer those questions; we are working diligently on that right now.”

Dealers were reassured their economics will remain the same and business will continue as usual, Gardner said, such as lead sharing. Marketing plans will be built over the coming months, along with new websites and literature utilizing the Brinks name. The launch date is scheduled during the company’s second quarter. A new logo design is also in the works with the expectation it will remain mostly true to the existing Brinks emblem. 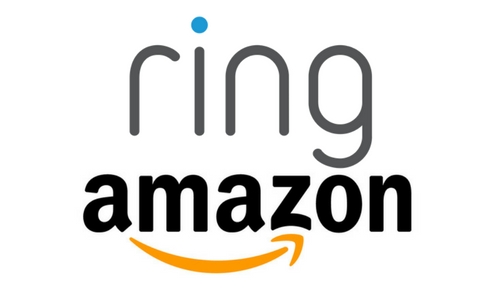 When Monitronics rebranded in September 2016, the company stated it was ushering in “a new era of smart home security that brings increased speed and personalization to the market.” The underlying message: The company was committing to evolve from its deep-rooted past as a provider of intrusion and fire-alarm monitoring. DIY specialist LiveWatch Security, acquired by Monitronics in 2015, was to play a key role in that transformation.

Now that MONI and LiveWatch will rebrand under the tradition-rich Brinks brand, Gardner said he is confident the company’s recent efforts to be viewed as a forward-thinking provider of smart home technology will only be enhanced. No other provider – including ADT and Vivint — operates a scaled, national DIY platform, he said.

Gardner said he is less concerned about making strict distinctions on whether the forthcoming Brinks Home Security is a DIY company or pro install company. They want to offer both options to the customer. So if you are a millennial and you don’t want a technician coming to your home, and you feel comfortable with technology, Brinks will ship the product directly to you. But if you prefer professional monitoring, it is going to be easy to add.

“This is much more than a name change for us,” Gardner added. “We are going to align all of our merchandising across our channels so that we are easier to do business with.”

4 Responses to “MONI CEO on Bringing Brinks Branding Back”