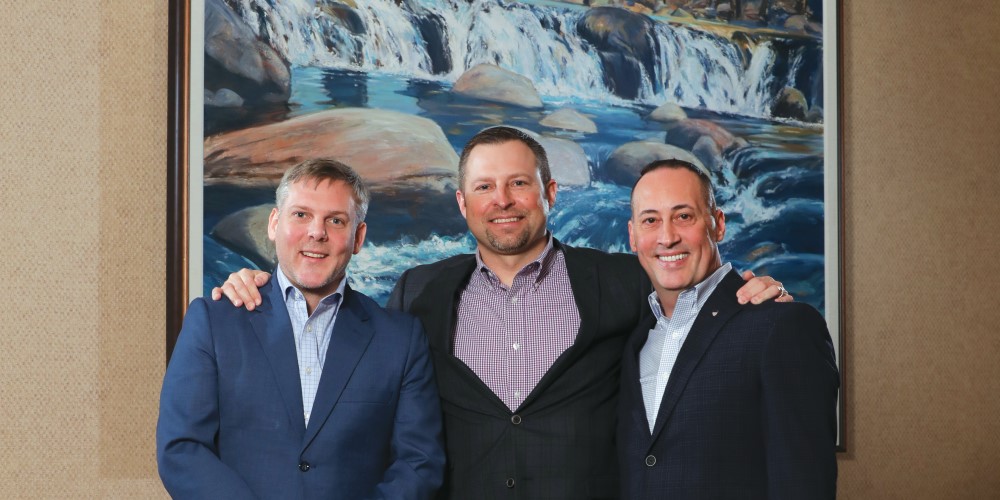 Regarding the opportunity you were speaking to, Paul, would that entail bringing cyber experts in-house or partnering with somebody?

SCHMICK: I’m biased because I’ve spent time in IT, and my second masters is in cybersecurity, so I actually see our IT team growing. I don’t know if they’re information technology specialists anymore. I think they’re really information security specialists. So I think the market dynamic is changing and the historic world of IT-centric will evaporate. I truly see the migration. If you look at the skillset we’re all seeking, it’s truly heavy on the information security side. Our IT team probably has the biggest chance of growing in our organization, and we call it enterprise security.

We’re trying to recognize that and we have to provide solutions for the client base by being able to deploy that skillset for them. So I do see the IT organizations under our authority as really becoming more cyber-centric to support the demand. When we look at some of our clients and our verticals, a lot of them want the trusted parties to do it. They’re looking for solutions, and I think the margins and profitability is actually better there than on traditional security systems.

We’re trying to seize the opportunity before us. I see us migrating more and more into that and being able to upsell into that IT space. Now there is a market opportunity where five or 10 years ago we might not have been talking about it.

MacCARTHY: We’re seeing the same thing. Those walls between the CSO and the CIO are evaporating. They’re going away. I can’t think of a project now where we’re not working heavily with both the IT team and the security team, so those worlds are coming together. The convergence is not going to change. It’s definitely an opportunity if you recognize that, but also a threat if you fail to recognize it and stay in the old ways.

What about high definition 4K? Are you guys deploying that at all? Is it something you’re excited about at all?

SCHMIDT: We have just begun to work with 4K now that the cost has come down to where I think it’s more palatable for the customer, but there are also other considerations you have to think about such as bandwidth and such as recording capacity and processor speeds and things like that. They customer sees 4K, and they think why isn’t it out there in the video surveillance yet, and there’s all these other considerations that we have to think about and educate the customer along the way.

Maybe they’re ready for it, maybe they’re not ready for it. I think that with the new compression technologies and, again, lower prices, definitely within the next 12 months, 18 months, it will be probably used more often than not. We’re just getting into it and looking forward to working with it more.

MacCARTHY: I mean, we see the same thing. There’s no one beating our door down saying we need 4K cameras and we need them now. I think as the cost goes down, they’re going to see the return on investment and people will start shifting that way, but at this point, it’s not really something that our customers are asking for.

SSI’s Integrator Roundtable at PSA TEC in Denver took place during the aftermath of a blizzard that led to nearly 1,500 canceled flights and more than 100,000 homes losing power. (Photo: Josh Gold Photography)

What about video analytics? They certainly have come a long way and are becoming ubiquitous in terms of being able to implement them if you choose to.

The technology’s there. The market is trying to absorb “how do I deploy that technology?.” I think it’s another thing that it will be a wait and see game, and when we look over 12 to 24 months of deploying video analytics right now — I have a client that’s actually sourcing it to say, “okay, now what do we do with it? We wanted it. Now, how do we build in its operational relevance where when I look across a large footprint of portfolio, where do we surgically deploy it, and what’s the return on investment for it?”

But, I do believe that video analytics are quickly going to be more widely used. Even in the SMB and residential market now, I know like Alarm.com has deployed video analytics in their cameras, so it knows if it’s a person or a vehicle coming up the driveway as opposed to a dog, and that’s already in the SMB and residential markets, so as integrators, we should embrace that technology and take it to our customers and look at ways in which it can help to solve problems.

SCHMICK: I think video analytics also then takes into facial and privacy, and people are getting really, I would say, anxious and companies, so not only an individual level, but on the corporate level is this watchdog theory, and especially in the facial world and the privacy, and I think we’re just — I think three years ago, the technology was there and the market was trying to figure out its path.

I think the market has started to implement that technology, but we’re yet to really be confronted with the privacy challenges, and that will change this discussion in the next 24 to 36 months as more and more of the artificial intelligence companies start to deploy more products, which we’re seeing in our area from stadiums to commercial sites, but I’m concerned just about the deployment of not just the video analytics side, but the bridge to that, which is facial, which is ultimately where the technology providers are trying to go, and the artificial intelligence and the machine learning that is out on the market, and what is the privacy concerns of individuals in these facilities?

MacCARTHY: I think maybe a few years from now, we’re going to be talking about privacy like we were talking about cybersecurity. I think us as Americans, we can apply some lessons learned from Europe, because I think they have stronger privacy laws there. They’re wrestling with these privacy issues right now. I think, like I said, in a few years, we’re going to be talking about ‘hey, this is how Europe handled it.’ This is how we as Americans are going to handle these privacy concerns, because you look at the technology now and where it is with facial recognition in particular, there’s some pretty amazing things that they can do, and I don’t think the general public really appreciates where the technology is right now. 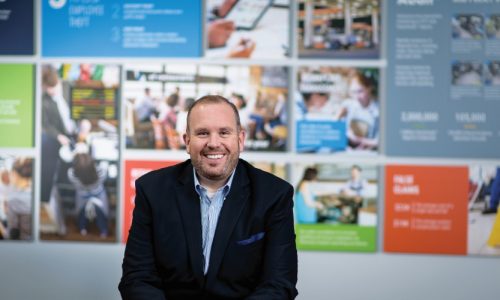 Related: How DTiQ Melds Surveillance, Point-of-Sale to Ring Up $50M Annually in RMR

If you were advising someone on succeeding in the security integration business, what would be your top tips?

MacCARTHY: For somebody new to the industry I would advise to get engaged. For me, l learned the most by far by going to things like PSA TEC and many other industry conferences and events. Meeting with vendors and talking to other companies is to me the quickest way to learn. I’ve learned a ton sitting through sessions and listening to really smart people discuss their challenges and how they find solutions.

SCHMIDT: I would say be careful. Be careful about trying to bring something you think is important to your market when your customers are not asking for it. It’s very easy for vendors to show you the shiny new object that looks like a great thing that all of your customers could use. But the reality of it is if your customers aren’t asking for it, you have to be careful about spending too much time and energy to try to develop the market. It’s very time-consuming and expensive to try and develop the market.

For the most part, stay in your wheelhouse of what you know, what you’re good at, and what you can do repetitively, rather than constantly trying to bring new things to your customers. Also be careful when pursuing recurring revenue accounts. Companies have to be careful about overextending themselves and not making money, or losing money, on jobs upfront in order to capture that recurring revenue. I’ve seen companies in the alarm business go that route and end up bankrupt.

I would just encourage anybody new in the business to pay attention to what’s going on, but always listen to your customer, listen to what they’re asking for, don’t overextend yourself, and stay with what you know. Growth is great. Managed growth is better. You can do that.

SCHMICK: As an employee, my recommendation would be to get with a culture-first organization that’s going to invest in you, that’s edgy, that takes calculated risk, not the Wild, Wild West approach, and that is willing to invest in you and also challenge themselves. As an employer, we invest in people and try to build great leaders. You won’t keep all of them, but hopefully you get a great return on that energy for those who do stay with the organization and grow to become decision makers.

Also I would say you have to continually reinvent and think if you started the business today, what would it look like? It is easy to just become too connected and too close to older technologies, especially where you’re really good at it. While that may be good for you, it may not be what’s best for the client. For us, by challenging ourselves that way, we can stay in the now with the market and look forward, and ask, “Are we so close to what we deploy that it’s preventing us from going forward and leading the market?”

That’s something I expect of my management team: If we look at it today, would we still be on the same path, or are we too connected to aged thinking and practices? It’s Day One every day.