Top 9 Surveillance Videos of the Week: Man Goes on Rampage in IHOP

Other top surveillance videos of the week include a burglar falling through a ceiling, an exploding backyard, airline employees fighting and more. 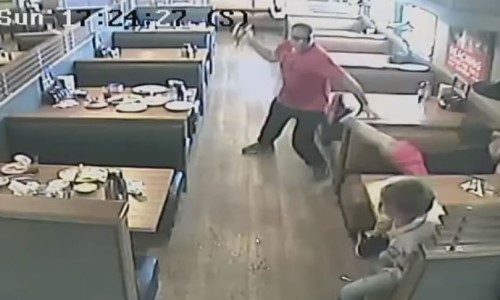 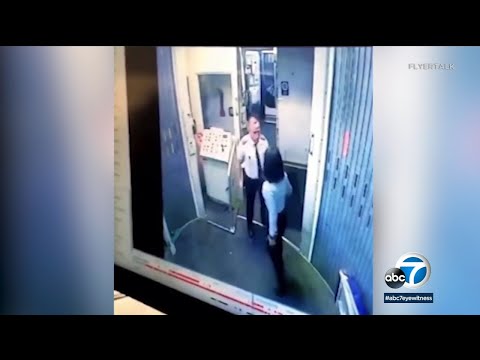 Patrons at a Phoenix IHOP received more than they ordered when their meals were interrupted by an angry man.

Surveillance video shows two women sitting in a booth when a man randomly walks over, grabs a metal coffee pot and starts swinging it at them.

He strikes both women in the head before they are able to get up and escape. A second camera shows a family sitting nearby getting up and leaving the restaurant as the attack happens.

Additional footage shows one of the victims walking to the bathroom as blood gushes from her head. Another camera caught the other victim in the kitchen hiding behind an employee.

According to the local news station, the man was identified as a homeless veteran that police believe may be mentally disturbed.

One of my all-time favorite Internet videos is this one of a would-be thief falling through a convenience store ceiling. Everything about it is perfect. The way multiple cameras catch everything unfold makes you feel like you are watching a movie.

Every once in a while we get a “thief falls through ceiling moment” and nothing makes me happier. The latest instance occurred in a restaurant in California.

Surveillance video shows a woman fall from the ceiling in the kitchen and experience a very rough landing. She’s eventually helped up by her accomplice who then tries to help her climb back into the ceiling to no avail.

Make sure to check out the rest of this week’s top surveillance videos which include a runaway mail truck, a false active shooter and more.