Allied Universal brass discuss parlaying the acquisition of Securadyne into a technology play as powerful as its manpower position. 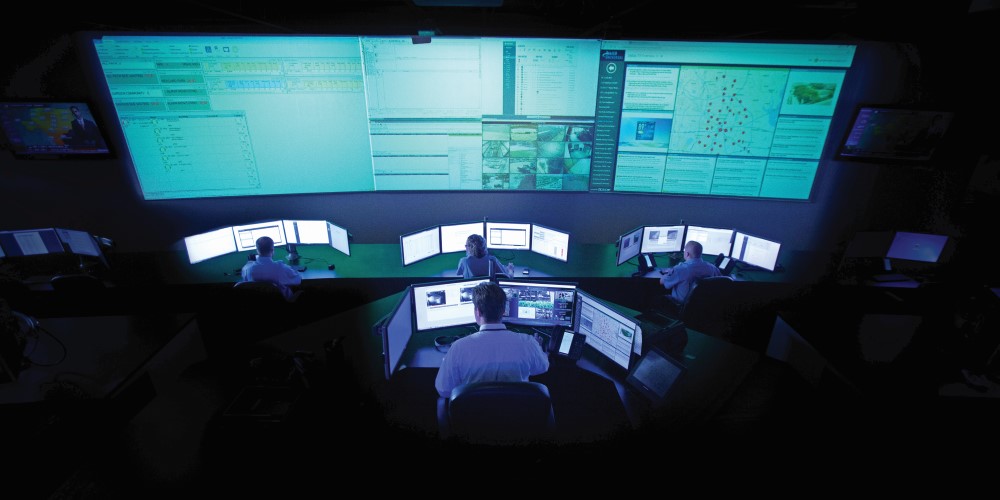 The nerve center of Allied Universal’s operations is its monitoring and response center, where security intervention specialists provide 24/7 surveillance. The company has become North America’s leading manned security firm and now has sights set on doing the same in security technology systems.

Humanity’s quest to combine people with tools, machines and technology to generate desired outcomes spans back centuries. As a basic human need, safety and security has been among the leading drivers pushing advancements forward and adopting better solutions.

Allied Universal (AU) is at the forefront of that mission today. The well-established guarding and monitoring security provider has expanded its offerings by launching Allied Universal Technology Services and Risk Advisory and Consulting Services. The platform for the former was established earlier this year through the acquisition of Dallas-based integrator Securadyne Systems.

“Looking back to 2015 as Allied Barton, the strategic plan was clearly building the No. 1 U.S. provider in manned guarding services. That was goal one,” says Allied Universal CEO Steve Jones. “So we acquired several companies and quickly became tied with Universal for No. 2, behind only Securitas. The Allied-Universal merger in 2016 pushed us to No. 1 in manned guarding, then allowing us to continue our strategic plan to also focus on acquiring and growing electronic security services. All along I wanted to acquire Securadyne, based on my 20-year friendship with [Securadyne CEO] Carey Boethel and the company he built, its culture and his vision, which was the perfect platform to bring into Allied Universal.”

Under the leadership of Jones, who began his career with Universal Protection in 1996, privately held Allied Universal has grown from $12 million to more than $7 billion and acquired 60 companies from 2011-2019.

Boethel, a longtime member of Security Sales & Integration’s Editorial Advisory Board, founded Securadyne in 2011 and grew it into a $73 million business with more than 300 employees and nearly 20 locations.

Examples of how AU is combining the power of both manpower and technology include its just introduced HELIAUS risk mitigating, personnel management and threat forecasting platform. And those security officers are now complemented by Allied’s integrated access control, intrusion detection and video surveillance system solutions. AU also operates a monitoring and response center where security intervention specialists provide 24/7 surveillance.

“The goal is to be the unequivocal No. 1 U.S. provider of both manned guarding services and technology services,” adds Jones. “We have an unparalleled opportunity in that we are in front of our customers 24 hours a day, seven days a week. We know before our customers, in most cases, when technology is functioning properly or not and where technology needs to be serviced or upgraded. So we can provide our customers with that one-stop solution focused on overall security solutions.”

That is a bold statement and quest in an industry that has remained mostly fragmented among several thousand dealers and integrators — the overwhelming majority local or family run businesses with a handful of large regionals, and fewer still national and international providers. 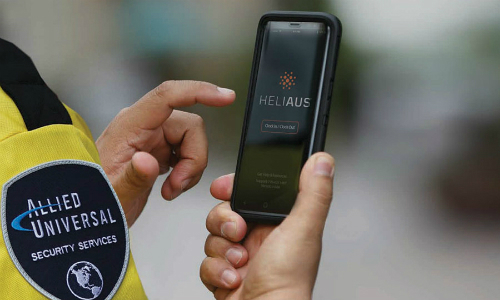 To find out more, SSI met with Jones, Boethel, Richmond and Allied Universal CIO Mark Mullison. Here’s what they had to say…

Was there a particular point where the lightbulb went on that you needed or wanted to reach into technology and expand out of manned security?

STEVE JONES: It goes back almost 20 years when we originally started our security systems and technology business. We were a smaller regional guarding services business and as we started to grow the challenge was how many strategies can you execute very, very well on at the same time? So we decided let’s first start with the biggest part of our business, which was the security guarding side. Let’s build that and then expand and roll out technology within that national footprint.

We realized we had a captive audience in our customer base that was very interested in having a security system solutions provider. But we didn’t have the depth of resources across the country that we needed in technology, like we had in manned guarding. Carey [Boethel] will tell you he and I were having discussions about this possibility two or three years ago. So it’s been part of our strategic objectives. But first we focused on the manned security core, and now the new core is building up these technology solutions.

CAREY BOETHEL: Technology is and has been an important part of the Allied Universal offering. Securadyne was viewed as a platform to which Allied can begin to grow a national and, eventually, an international presence in technology services. Securadyne was seen as a scalable way to really begin a strategic pivot.

JONES: What we liked about Securadyne, albeit that it was a smaller company, is that Carey did it the right way. He built out an ERP system for the business that was significantly bigger than what he needed for the size of the company, but he got everyone on the same platform. They had created all the tools needed from pricing work to managing the workflow, and their cost structure through different business intelligence tools and their ERP system. Every one of their branches was up on it. It was a fully integrated, turnkey, well-run operation.

How do you see the advantage of being able to bring a solution to the end customer that has both the manned and technology sides of the security equation?

BOETHEL: We’re big believers that the best solutions are those that find the right balance. Finding that balance between guarding and technology is something that very few players in this industry can do. Both of those disciplines have major expenditures for corporate security, users and public safety officials. Thinking about them together and holistically is conducive to not only a more cost-effective solution but also one that really transcends either discipline individually.

It’s conducive to better situational awareness. It can help speed and improve the efficiency of first response. We have customers that, historically, had been serviced by both Allied Universal and Securadyne. We’ve started there, ensuring that those customers understand why the combination makes sense and our plans for the future. Then we’re also communicating with existing guard customers about the virtues of adding technology to the conversation. We’re talking to technology customers about why it makes sense to think about this in a more holistic fashion.

MARK MULLISON: We have been spending a lot of time talking about the future of security and come to the conclusion that, over time, the lines between physical security and cybersecurity will begin to blur. Technology will unquestionably play a huge role going forward. There are things that machines will do better than people, but not everything. The best outcomes will be from ecosystems that effectively marshal all the different resources, whether it’s cameras, IoT devices, drones or security professionals.

It’s not about tech versus people; it’s about allowing both to collaborate. We’re spending a lot of time at Allied Universal talking about how we enable that. We’ve made a down payment on that with the announcement of our new platform called HELIAUS. It consists of a mobile device for our security professionals and a portal that allows people to understand, in real-time, what’s happening and also go back in time to do analytics for an awareness of what’s been happening. 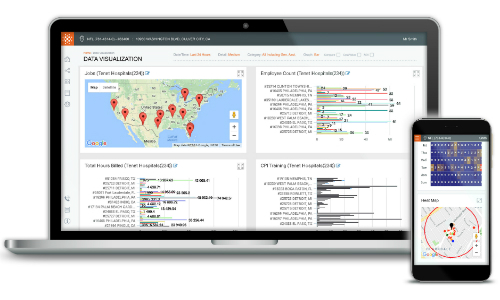 More than that, we have brought to bear artificial intelligence technology that understands all this information and can make predictions about what’s likely to happen, as well as prescribe what ought to be done to drive a better outcome. All these things are coming together, allowing us to have a tremendous level of situational awareness and be able to predict and prevent issues before they occur. It’s really an exciting future for us.

Do you think it’s possible and feasible to be as dominant market share wise on the electronic technology side as on the manned security side?

JONES: Yes, our customers are embracing the relationship. They want us to be the experts for the security challenges they face. And in coming up with the right answers, a lot of it may be within technology. So I do believe that not only is it attainable, but strategically they align really, really well together. The convergence of manned guarding and technology as one total solution from the customer’s perspective is already here.

They are laser focused on what’s in the best interest of protecting their employees, facility, intellectual property, their product, and how do you do it in the most secure, safe and cost-effective way. So I do believe the opportunity to be No. 1 in both is real. There’s a significant amount of companies out there, 3,000 or so small security systems integration and technology companies, where we can acquire a few every year and get to our goal along with internal organic growth. 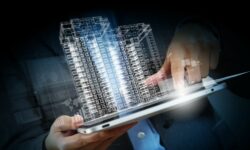